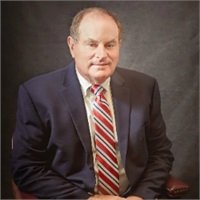 With over 40 years of experience in the financial services industry, Ed Rosenberg has developed a practice based on providing his clients with a high level of professionalism and personal service. From 1984 to 1987 he served as President for Southern Florida Bank. In 1987, Ed entered the securities industry by joining Kidder-Peabody.

He later went on to work at Smith-Barney, UBS Paine-Webber, Morgan Keegan and more. As a Financial Advisor with Summit Brokerage and a 6-time member of their President's Club, Ed specializes in working with individuals constructing financial plans and portfolios to help meet each client’s individual objectives.

Ed is a native of New York and attended MBA courses in Finance and Economics at Pace University in New York. He and his wife Kathie have lived in the Sarasota area for over 40 years. Ed enjoys playing golf along with spending time with his four grand-kids. 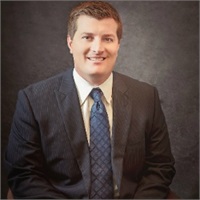 Bobby Rosenberg has 14 years of experience as a financial advisor.

As a Financial Advisor with Summit Financial Group, Bobby holds his Series 7, 66, and 24 securities registrations (registered in 31 states) and holds his insurance licenses in FL, IL, MI, and NJ. In 2018, Bobby was awarded Summit’s coveted Ascent Apex award; in addition, he is a two-time member of their President’s Club, and a four-time member of their Chairmen’s club. He is also a five-time member of Fidelity’s distinguished Advisor Council (2014-2018). Bobby also serves on the Financial Services Institute Advisor Council and Cetera's Advisor Engagement Council. Along with working with individuals on their financial plans and portfolios, Bobby also works with numerous corporations and their employees on their retirement plans.

A native of Sarasota, Bobby attended Cardinal Mooney High School where he was a member of the National Honor Society and captain of the CMHS football team. He attended St. Johns University on an athletic scholarship where he was named to the dean's list in each of the semesters spent at St. Johns University and graduated Cum Laude in 2004 with a degree in finance. In 2002, Bobby was named to the I-AA All American Team as well as the I-AA All American Academic Team. He also set numerous school and national records. For his accomplishments Bobby was awarded the distinguished Bob Shepard award for MVP at St. Johns.

Bobby is married to his wife Kelly of thirteen years and they have a beautiful 9 year old daughter and a handsome 4 year old son. In his spare time Bobby enjoys spending time with his family, watching and playing all sports, and anything on the water especially fishing.

Recognition from rating services or publications is no guarantee of future investment success. Working with a highly rated advisor does not ensure that a client or prospective client will experience a higher level of performance or results. These ratings should not be construed as an endorsement of the advisor by any client nor are they representative of any one client's evaluations.

Listing in this publication is not a guarantee of future investment success. This recognition should not be construed as an endorsement of the advisor by any client.

President's Club - based on GDC of $350,000 or more produced within a calendar year

Chariman's Club- based on GDC of $600,000 or more produced within a calendar year

Ascent Award-  advisors that grow their business 20% year over year

Apex Award- the  Ascent Advisor with the top growth percentage 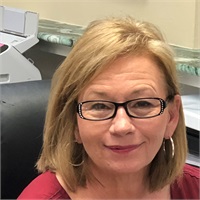 She is a native of Michigan and moved to Florida in 1984 where she began her career in the golf & country club industry. She worked for Club Corporation of America at several clubs and in all aspects of the club industry, member relations, event planning, budgeting, and daily operations. She has spent the last 20 plus years as a club manager.

She is looking forward to providing our clients with the best possible service and furthering her career in the industry.  Kelly’s leisure activities include playing golf, reading and bike riding. 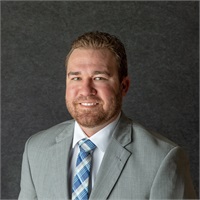 Michael Dubee, was born in Massachusetts and moved to Sarasota with his parents Rich and Maureen and sister Megan in 1991.  While attending Riverview High School he participated in soccer, football and baseball.  He earned a baseball scholarship to Northwest Florida State College and was named to the All-State team during his two seasons.  Michael signed his national letter of intent to the University of Tennessee during his sophomore year. He was drafted by the Chicago White Sox, Kansas City Royals, and Philadelphia Phillies respectively.  The last led to him playing seven seasons for six different Major League Baseball organizations. The Philadelphia Phillies, Chicago White Sox, Pittsburgh Pirates, New York Yankees, Toronto Blue Jays and Detroit Tigers.  He also pitched in the Dominican Republic and Venezuelan winter leagues. After his baseball career ended, Michael attended the University of Central Florida and earned his Bachelor’s Degree.  Michael has passed his series 7 and 66 exams and will be working as financial advisor, assisting clients with their investment and financial plans.  Michael is involved in the local community working with several youth baseball organizations including the O-Town Select, Sarasota Shock and Florida Burn. In his spare time Michael is an avid golfer.